Tax Myths Exposed! Can You Refuse To Pay Tax Because It’s Unconstitutional?

Canada is an open and free democracy and citizens have the right to freely express their opinions on the constitution, taxes, or any other issue. The Canada Revenue Agency is concerned, however, “that individuals who mistakenly confuse opinions with facts may expose themselves to serious financial and legal problems if this results in their failure to comply with the Income Tax Act and other tax laws.”

Cindy Collins, CPA, CGA at Millards Chartered Professional Accountants says that there are a lot of myths out there when it comes to Canadian taxation.

“There are no shortage of groups and individuals who claim that people can lawfully refuse to pay taxes or even file a tax return. Unfortunately, relying on such advice could result in penalties ranging from interest imposed by the CRA to fines and imprisonment.”

According the the CRA website, a popular tax myth is that Federal income tax is unconstitutional and you can therefore refuse to pay income tax to the federal government as the result of a Supreme Court of Canada in a decision in 1950.

“This myth is based on the faulty argument that the Canadian Constitution gives the power of direct taxation exclusively to the provinces.”

The CRA says there is no ambiguity on this issue. Section 91 of the Constitution states that the federal government can raise money “by any mode or system of taxation.” Section 92 says the provinces can impose “direct taxes within a province” to raise revenue for provincial purposes.

“As a result, while federal and provincial taxing powers overlap, the federal government can levy both indirect and direct taxes, including income tax.” 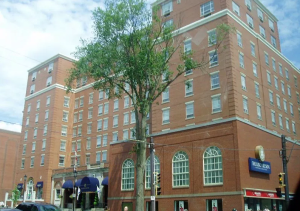 The often-cited 1950 Supreme Court decision concerning the Lord Nelson Hotel in Nova Scotia dealt with the issue of whether the federal government and a provincial government could delegate authority to each other on specific issues of labour and taxation. The Court did not address the issue of imposing direct taxes or their constitutionality.

Cindy says that while Canadians have a right to bring a case before the court, the current law is clear.

“In Canada, if citizens feel a law is unconstitutional, they may ask the courts to declare it so. Until that happens, the law applies and we suggest that you comply.”

A number of individuals and groups are actively promoting claims that there are lawful ways to declare oneself exempt from tax.

“Acting on such advice could have consequences from late-filing penalties and interest imposed by the CRA to fines. In severe cases, imprisonment could be imposed by the courts.”

CRA recommends that before paying for such information or participating in such groups, “seek advice from a trusted and knowledgeable tax professional” or the CRA.