The Partners and staff of Millards Chartered Professional Accountants across Southern Ontario joined in a show of solidarity and sympathy today for the community of Humboldt, Saskatchewan.

International reporting has rallied the world around a small Saskatchewan town after a bus accident took the lives of 16 junior hockey players and staff.

“Many staff at Millards are active in youth sports and many of us are parents. What happened to the Humboldt Broncos Hockey team had a profound impact on all of us.”

The Saskatchewan hockey team was travelling on a bus for Game 5 of a semifinal series between the Humboldt Broncos and the Nipawin Hawks when it collided with a semi-truck. The deceased included Broncos players, the team’s longtime coach, the assistant coach, the bus driver, and two employees of the local radio station.

Inspired by a group of hockey moms, Millards employees in Norwich, Simcoe and the Brantford office showed up for work in hockey jerseys. Jersey Day was conceived by British Columbia hockey mothers as a way to send a message of love and support for the families who lost loved ones in the devastating Humboldt crash.

“We can’t possibly appreciate what these families are going through but we can add our voices to those coming from across the country and around the world. Canadians come together in times of need and we hope that Humboldt can take small comfort from the wave of support they are receiving”

Jersey Day was just one of the tributes happening this week. 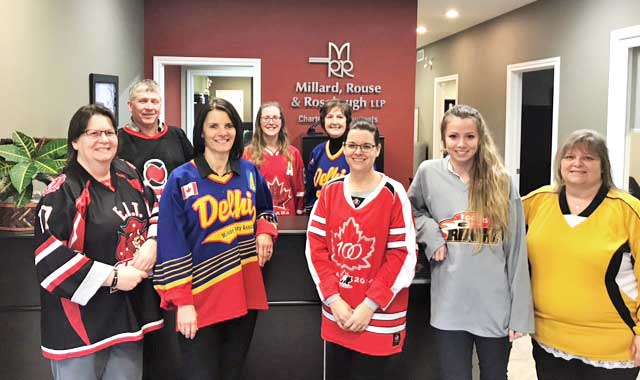 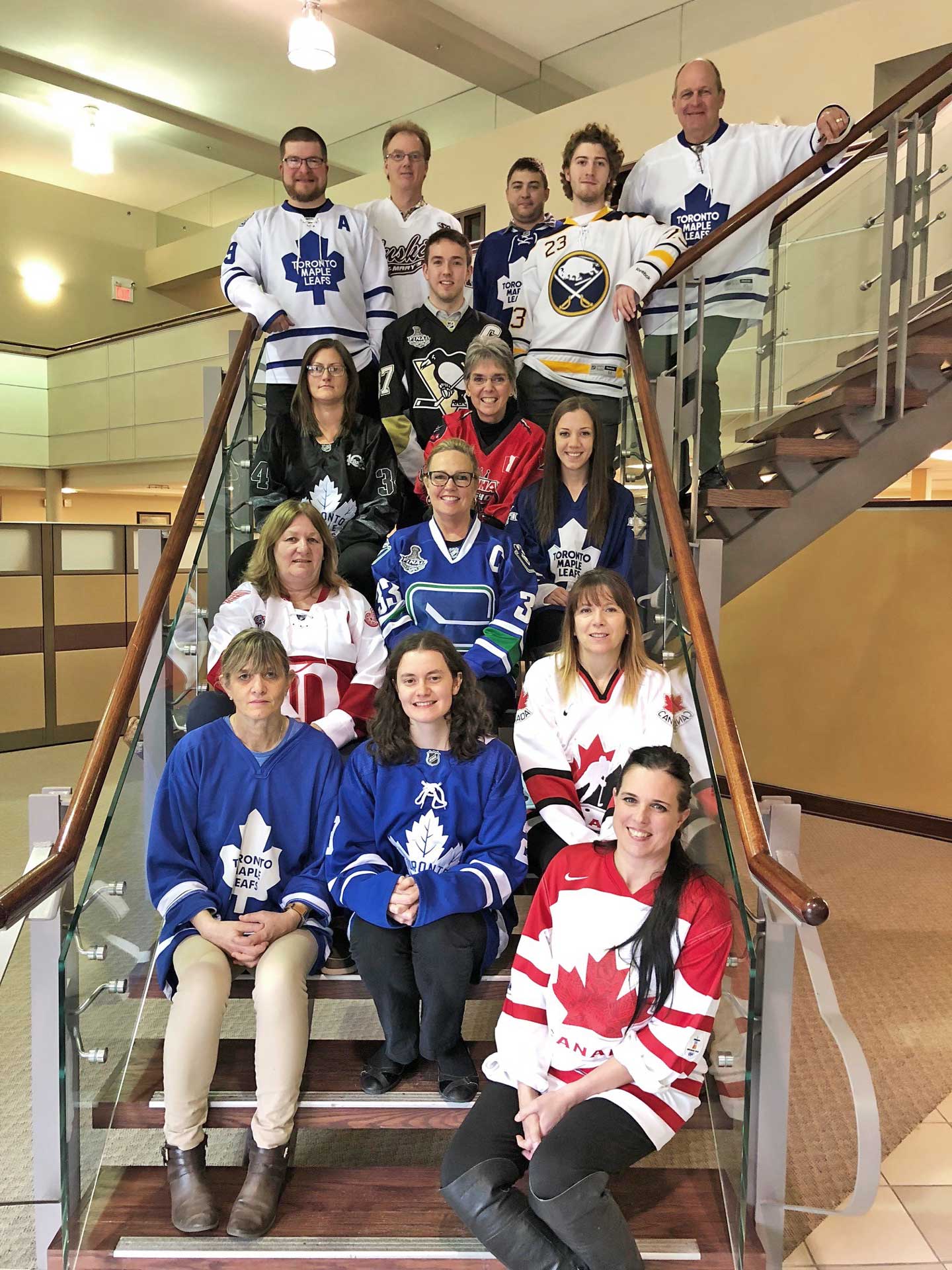